“Everybody Has the Right to Counsel”

Through storytelling, producers of popular culture can remind us of various things we may take for granted, including our legal rights and their importance. In connection with the criminal justice system, one particularly significant legal entitlement is the right to counsel. The value of this right was highlighted in the 2021 film, The Mauritanian. 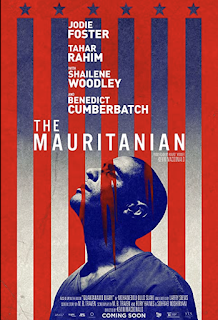 The film depicts Mohamedou Ould Slahi’s harrowing experiences (including torture) as a prisoner detained at the United States military detention facility in Guantanamo Bay, and his protracted legal battle to be freed from custody.[1] Slahi (portrayed by Tahar Rahim) spent over a decade in detention and was finally released in 2016. He was first taken into custody in 2001, and then detained in Jordan, Afghanistan and finally, Guantanamo Bay. His eventual release was due in no small effort to the tremendous pro bono work of his legal counsel, Nancy Hollander (played by Jodie Foster) and Teri Duncan (depicted by Shailene Woodley).

The importance of the right to counsel was driven home in a few key moments in the film. In one scene, Hollander and Slahi have a terse conversation about his confession and why he signed it if he didn’t commit the acts alleged (i.e. recruiting 9/11 hijackers). In explaining that he was coerced into making this confession through torture, Slahi demands to know why Hollander wants to continue defending him if she thinks he’s guilty and a terrorist. She responds, “Everybody has the right to counsel.” She asserts this as something inviolable regardless of the crime alleged – as it should be. But there’s more.

The inviolability of one’s right to a lawyer is reinforced in another scene with a reporter interviewing her about her representation of Slahi. After being asked about how she reacts when someone calls her a terrorist lawyer, Hollander answers,

When I defended someone charged with rape, nobody called me a rapist. When I defended someone charged with murder, no one dug around my backyard. But when someone’s accused of terrorism, people like you seem to think that’s different. It’s not. When I stand by my client, and I insist that he gets a fair hearing, I’m not just defending him, I’m defending you and me. The Constitution doesn’t have an asterisk at the end that says, ‘terms and conditions apply.’

Upholding an accused’s constitutional rights therefore isn’t just about defending a particular client. In the process of defending their client, a lawyer upholds everyone’s right to a fair process. A case isn’t just an isolated matter. It is part of a larger system and series of practices. The failure to uphold a client’s rights emboldens and invites state actors to continue infringing individual rights and for some prosecutors to defend such behaviour.

The Mauritanian also reinforces the notion that defence counsel has a role in defending the rule of law. In one exchange between Hollander and the lead prosecutor, Lieutenant Colonel Stuart Couch (played by Benedict Cumberbatch), the responsibility of upholding the rule of law is pivotal and supersedes defending unsavoury clients, especially those accused of terrorism. Couch inquires of Hollander, “Let me ask you. I understand everyone has a right to a defence, but doesn’t it bother you at all, working for someone like this?” Hollander replies, unflinchingly, “I’m not just defending him, I’m defending the rule of law.” The rule of law requires the state to conduct itself in accordance with the law and not have its agents engage in torture, and certainly not benefit by using incriminating statements generated through such techniques.

While many may take the role of criminal defence lawyers for granted, or indeed view such persons pejoratively (especially when the accused/detainee is suspected of an offence connected to terrorism), the film reminds viewers of the vital function that these advocates play. The role of defence counsel isn’t just to argue that the prosecution has not discharged their burden to prove guilt beyond a reasonable doubt (e.g. because the client didn’t commit the act alleged, the client didn’t have the appropriate mental state even if an act was committed, or the client had a valid defence). Among other things, a defence lawyer’s role also includes making the case that their client be released on bail pending trial (which has a corresponding impact on plea negotiations), demanding disclosure of evidence in the possession of the state, challenging the admission of illegally obtained evidence, or advancing the best case for an appropriate sentence even if guilt is determined. In jurisdictions where individuals have a constitutional right to have lawyers present during a police interrogation, they can serve as an important bulwark against skilled police interrogators by reminding their client of their right to remain silent. Even in situations when an individual hasn’t been charged but has been detained nevertheless, the role of counsel is also vital in forcing the detaining authority to justify the person’s detention through habeus corpus applications. This was the context in which Slahi found himself.

Of course, despite the best efforts of defence counsel, there are other actors in the legal system. Upholding rights isn’t just the responsibility of defence lawyers, courts play a crucial role through their rulings as (notionally) impartial and independent adjudicators. In addition, prosecutors have certain ethical and professional responsibilities, and the manner in which they conduct themselves affects the rights of accused/detainees. On the role of prosecutors, The Mauritanian also has something to say on this. I’ll likely follow up on this latter point in a future post.

[1] Slahi’s story was set out in his book, Guantanamo Diary in 2015. The book was heavily redacted by the United States government. That same year, The Guardian produced a documentary based on Guantanamo Diary and featured interviews with his lawyer, Nancy Hollander and others. See “Guantánamo Diary: torture and detention without charge”, online: https://www.youtube.com/watch?v=YozKFwQKq_0.